Grandioso goes to the Olympics

The Olympics are a big deal for any athlete. Very competitive in nature testing the strength and will of any potential competitor.

With the Olympics in Rio just around the corner, countries are in the final stages of picking the teams to best represent their flags.

Recently, the Spanish Equitation Federation posted it’s team to represent the country in the discipline of Dressage, including none other than Hampton Green Farm’s Grandioso III. 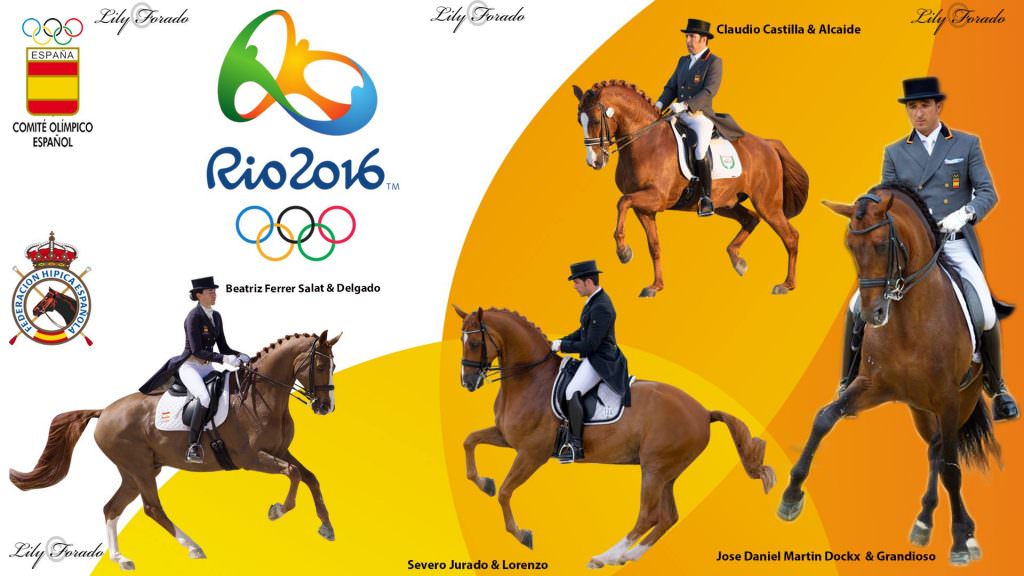 Grandioso III is a 16 hand 1999 bay stallion, imported from Spain in 2003. He is from the Adelante/Sevillano IX (Albero II) lines produced by the Yeguada Marin Garcia. He is baroque in type with modern movement-straight and forward, naturally uphill, with exceptional hind leg action.

As a young horse in the United States, Grandioso showed successfully in the lower levels, and was the recipient of many Open High Point Awards, as well as the ANCCE Champion of the Breed at Fiesta Florida 2006. In 2008 Grandioso’s training was taken over by two-time World Cup competitor and Olympian Courtney King-Dye. In 2009, the pair qualified for the USET Festival of Champions in Gladstone at Intermediare I, where they finished 5th in the country. In early 2010, Grandioso was introduced to Intermediare II in Wellington with scores continuing above 68%. King-Dye’s tragic accident on another horse side-lined Grandioso’s hopes for a chance at the World Equestrian Games in Kentucky with an American rider.

In 2011, Grandioso left the United States to travel first to Germany for a few months, and then to Spain to be campaigned for that country by rider Jose Daniel Martin Dockx with the help of National Trainer Jan Bemelmans. After only one international competition and a handful of national shows at Grand Prix, Martin Dockx and Grandioso were named Champions of Spain at the National Dressage Championships in Toledo in October. In 2012, they continued to gain experience at the international Grand Prix around Europe, with exceptional results for their first year of international competition for both horse and rider. In August 2012, the pair were named to the Spanish Team for the 2012 London Olympics and finished 29th of 50 in London. Now in 2013, Grandioso and Martin Dockx are ranked in the top 25 horses in the world and have won eight of their first eight starts at Grand Prix with scores ranging to 72% in the Grand Prix and 79% in the Kur. At CHIO Nations Cup Aachen, they were the only Spanish pair to finish in the ribbons in the Grand Prix Kur, where they performed a Master Class in Spanish equitation, receiving over 78% and 8th Place in the highly electric Deutsche Bank Stadium. Currently, they are readying to represent Spain in the European Championships in Herning, Denmark in August 2013. 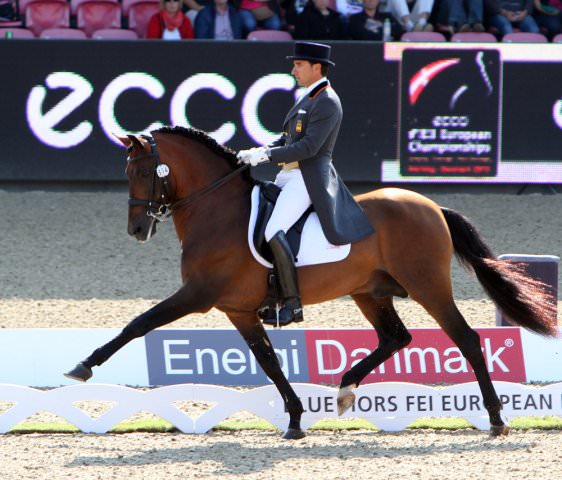 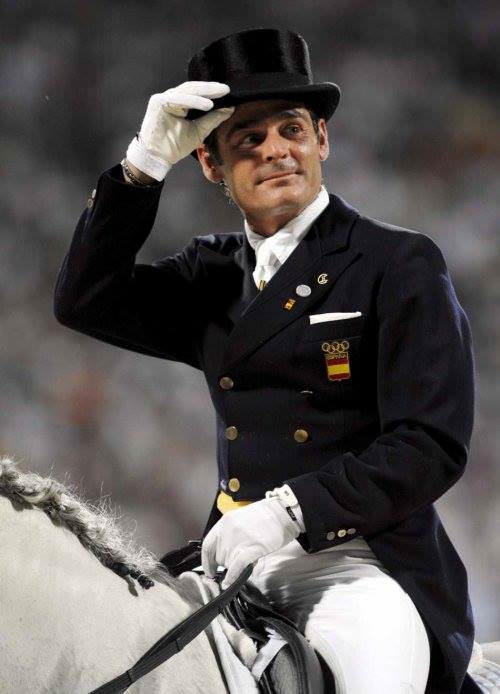 (born 7 January 1974) is a Spanish Olympic dressage rider. Representing Spain, he competed at the 2012 Summer Olympics in London where she finished 29th in the individual competition and 7th in the team competition.

Another PRE added to the Olympic Dressage Team!